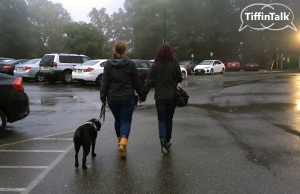 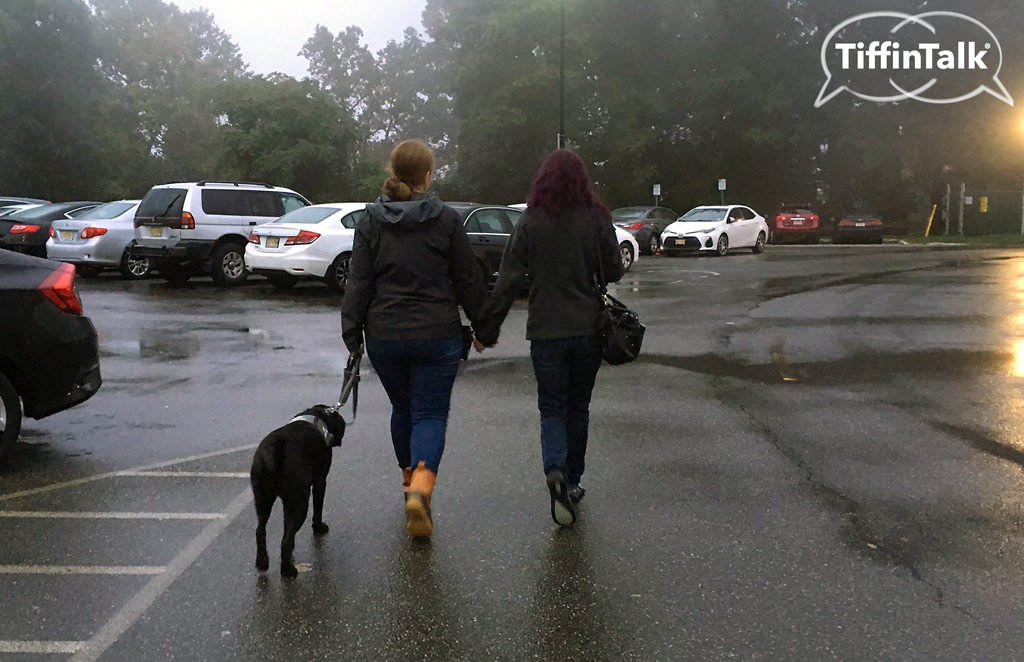 There is a ball pit of empty water jugs in my daughter’s bedroom.

You see, she went to college and took her service dog with her. So I’m filling her room at home with her dog’s favorite toys. Lots of them. The floor is covered.

Four years ago, my oldest daughter's college president had welcomed anxious parents with anxious freshmen with these words: “Your children will miss the family dog – their pets – more than they will miss you.” I have honestly forgotten anything else that man said. I think I immediately tuned out exactly at that point. Because I just looked at my daughter on her move-out / move-in day and I wondered how many minutes the cats would take to adjust to her absence. I really didn’t think it would be a mutual missing and I certainly wasn’t going to tell her that right then.

Her president, as it turns out, was mostly right: my daughter missed the cats (marginally) more than she missed me. But that’s because we talked as often as she wanted / needed to. The cats, on the other hand, mostly walked across the keyboard and butt-faced her as she spoke fluent Meow with them and they haughtily pretended not to listen. I’m not sure that they helped as much as I tried to in all of her moments of indecision or crises but, yes, they were around. And, yes, she missed them.

And holy crap, he would have been right on that count. I still have 3 cats for company and upkeep. But I no longer have a zoomie doggo that flops over for cuddles when she is unvested.

Granted: The cats are not likely to swipe my glasses and play rugby with them on a tennis court.

And these cats are bored by mice, especially dead ones that have likely eaten rat poison left by the landlord (whilst in between tenants) and if they ate one, they would not projectile vomit in quantities un-feline-like all over the back of the front seat of my car, the front of the back seat of my car –– basically the entirety of my car.

And yes, these cats usually don’t consume human food that is not fitting for them and so avocados and chocolate are safe on the edge of countertops once again.

Still, the cats, while comforting and phenomenal bed-warmers, do not look at me with a goofy face and a tail that may wag off their butt. They remain calm, amusing, comforting, and often worthy of their own YouTube channel but they are just not . . . well . . . just not the same as the doggo. Who knew I'd come to love that pupper when she first arrived 2 years ago for her training and lifelong job?

So I can talk to my youngest daughter. And we do. And she catches me up on all things college and all things disability and all the ways she advocates for herself (and, unintentionally for others).

The thing is when I try to talk to the pupper in the background, the dog occasionally looks toward the camera with great boredom and I feel a sense of depression that screams: “At least BARK at me! What about a slo-mo tail wag? Let me know that you miss me a quarter as much as I miss you!!”

Is it possible she has forgotten me? (More likely it is because dogs have a limited ability to clearly see video and she is probably confused by where my voice is coming from, not to mention why it is distorted. My best guess is that she has politely decided that it is best to ignore me versus looking embarrassingly dog-confused.)

Meanwhile, I am distraught. And I look downright miserable as I talk to her in my high-pitched, just-for-doggo voice. Ridiculous. I know.

Without an ability to keep in better touch, the best I can do to feel close to her is to keep hydrating and saving her favorite toy: an empty water jug.

In a rental home where the water potability is dubious, we buy the jugs. And we recycle every single one of them – AFTER the dog has had her chance to play tug of war, chase  her prize catch after tossing it around and pouncing on it and nudging it across floors. Finally ending with a display of her extraordinary skills at compacting.

Each jug has my love in it: from fully "inflated" to the flat-chewed-plastic-toy-thing.

My daughter’s room – well, their room – as I noted, is full of gifts now and that "love a la jugs" has overflowed into the bathtub. So, they'd better come visit soon.

Oh joyous dog. I miss you. And when you get home, I’ve got the world’s best treats for you.