Are Your Kids Getting a Buzz (from Boredom)? 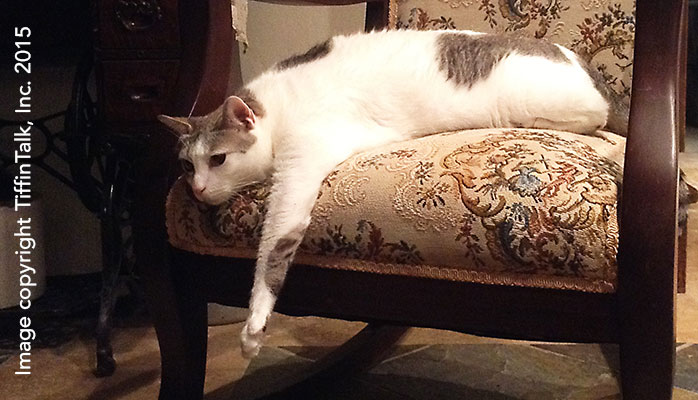 <<I’ll let you finish that sentence but I suspect that the word “college” will be somewhere in that ending and I further suspect that it doesn’t matter if your child is 6 or 16, the ending will be about the same.>>

Here’s what we know and still forget (and by 'we', I include me): Parenting our children is about NOT keeping up with the Jones’. Or the Smyth’s. Or any neighbor. Or any or all of your kid’s friends. Or their enemies. Or yours.

It’s about letting them have unstructured time – some of which does NOT involve an electronic device of any era.

And it’s about walking by their room – while they are learning to be experts at having lazy, bored time – and not feeling so envious you could SCREAM just because your child/preteen/teen is taking yet another nap while you … race about unable to keep up with yourself.

Can we all just agree: It is nearly impossible to stifle the jealousy.

This is what it is like in my house:

My girls were born busy. They were born into a family that is genetically predisposed to frantic chaos. Multitasking is in their DNA. (It really wouldn’t surprise me one bit if chaos actually had its own distinct genetic code.)

Their grandmother, it is said, was born with her hand raised, volunteering as she entered the world. Apparently, it didn’t matter for what; she was signing up before she crossed the proverbially threshold – head (and arm) first.

As if I could!

I’ve tried to pick and choose activities for them when they were younger – to purposefully NOT sign them up for classes every day of the week ... and to then dodge the guilt later that they had never taken Tae Kwon Do, jazz dance, gymnastics, scouting, space camp, or fencing … the list is endless.

I filled days with reading, playgrounds, bike rides, play dates, picnics, treasure hunts, music, walks, and lots of __ & crafts – where the “art” part was optional and/or in the eye of the designer only.

But when my daughters hit their tweens and teens, all bets were off. Their academic years became insane. They were making choices even as I both encouraged and discouraged them. Wise choices but busy choices.

And that has meant that they hit summer break at a full stop-drop-and-plop.

After, that is, they took summer PE and/or any other class that freed up time in their academic year (for choirs and languages and other required classes and electives) and in between working random hours at a summer job.

So, it being summer now, when I walk by their rooms, they are barely moving.

I am lucky that they are still able to do their chores – albeit, mostly unwillingly.

I am lucky that they still have any energy to speak to me – albeit, barely.

And I am lucky that they can enjoy their scheduled unscheduled time.

I am so darn lucky that I am trying to swallow my scream.

I can’t recall a day off (much less the plural) of parenting to sit still and embrace my inner boredom. In fact, I am completely sure that my inner boredom went missing long ago. (To be fair, I am fairly certain, that inner boredom is a recessive gene that missed me entirely.)

But, mostly, I smile when I see them being lazy, when they dog stretch while they cat nap.

Mostly, I smile when I think how much they need this time to regain their momentum for the upcoming year(s).

Mostly, I smile when I realize (not just from the scientific research but from my own experience) how important it is to learn how to have nothing planned for chunks of time.

Because in all honestly …

I also mostly want to yell at them to get off their butts and go do something. Anything. Because if mama can’t be still, ain’t nobody allowed to be still. Because – didn’t they get the memo? – they were born to be busy – even on vacation.

But, I am re-spinning those reprimands into compliments these days. And am racing off to do whatever is next on my own to-do list – even as I try to avoid being my list, rather than simply doing it.

Thankfully, my girls are not nearly as obsessively busy as I am.

Thankfully, they are learning an equally valuable lesson in life and getting a lazy buzz from doing nothing.