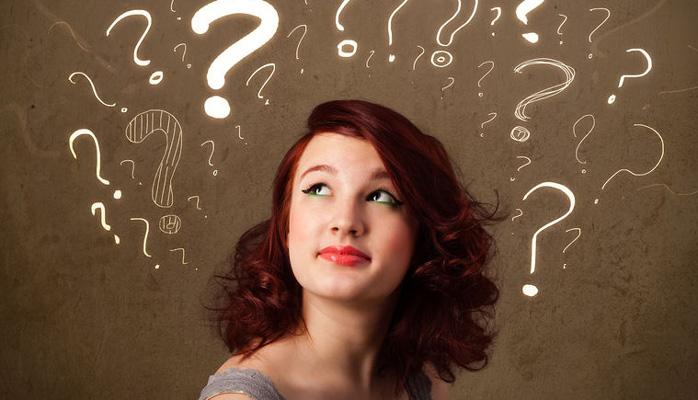 I am a firm believer in this one rule:

As the parent, I make the decisions.

But I also firmly believe in another rule:

As the parent, I encourage – and even allow – my children to make the decisions.

Does it matter? (Sometimes.)

To whom? (Well, it should matter to at least one person but often it’s a number between 1 and, well, the number of people on earth.)

So I use a formula that determines who will be the decision-maker in any given moment. I begin by taking into account:

Then I factor in:

And voilà! Calculation complete. Decision-maker chosen. Decision to be made.

The lifelong impact of broccoli versus carrots, walk versus bike, party versus not, coat versus sweater (versus just school clothes because “I don’t get cold waiting for the bus, Mooooom” – even if it is below freezing and still dark outside) ... will now be folded into the world at large as this one resolution creates that weird ripple effect.

Because, there is nothing to be gained and everything to be lost by me maintaining a parental dictatorship for 18+ years. At what point will it end really? Will there be a coup? Or just years of (pretend?) subservience to an almighty mother/dictator? I am soooooo not interested in that job.

For me, it comes down to understanding that the decision making portion of a human’s brain isn’t fully developed until they are approximately 25 years old. (Isn’t it great to have research to back up what we, as parents, instinctively know?)

You could, if you wanted, use this study and several others as the final supporting statement in any argument that you are having and need to win. (As in, “No, you can’t get a ride with your friend who’s a teen if someone else will be in the car as well. Your brain is not developed enough to make that decision so I'm making it.” Or, in my most recent I-get-to-make-this-decision moment: “No, you can’t go to senior week without an adult. And, yes, I know that I have now contradicted the whole point of the post-grad party time but your brain is not developed enough…")

Better yet, you could sit with your child, pre-teen or teen and show them the research, discuss the strength of these studies, talk about how this understanding of the development of the human brain fits into your parenting style and why.

You could ask and listen to their opinion. (Consider the conversational vs. dictatorial approach. “Because I’m the parent and I say so” may work, but only for so long. Life is much easier for all when there are rationales and reasons that can be explained and talked about; or, at times, 'irrationals' that cannot be explained but are admitted nonetheless.)

If I don’t hand over my decision-making rights, how can I expect my own girls to go out into the world confident that they can decide on the little details as well as the broader strokes?

How can I expect them to not fret and panic and torture themselves – over ivory vs off-white; whether to see a doctor or even which one to choose – if I don’t push them to take control and to accept the consequences (and the lessons learned) as well as to revel in the profound self-confidence that builds with (almost) every decision?

As the parent, I am responsible for balancing the scientific fact about the development of the brain against the need for experience in order to stimulate maturation of that development. Because how can anyone learn a new trick, master a specific skill or … in this case … develop a portion of their brain … without encouragement and practice?

The key is in working toward a balance and adjusting it daily.

Too much leeway given to our children and they see us as irrelevant. They lose respect for those in command (an important lesson in and of itself for most future jobs).

Control too tightly and they will learn to squash any instinct, any willingness to risk, any interest in becoming a confident leader, and, instead, they will replace it with fear and resentment.

As they grow up from infant to toddler to child to pre-teen to teen to young adult, subtly increase the difficulty level of the decisions and also increase the number of decisions to be made. After all, your child is approaching 25 in that slow-fast way kids have of growing up. Better that they arrive ready to turn their decision-making learner’s permit into a full license to decide.

And, by all means, talk with them about the process. Why not share your own indecision with them?

The best decisions – right or wrong – are based upon knowledge, experience, and a willingness to accept responsibility and risk it all anyway.

Allowing children to make decisions is indeed a wise decision.

End of post. (Another decisive moment. I’m comfortable with that.)