Parenting in the Storm 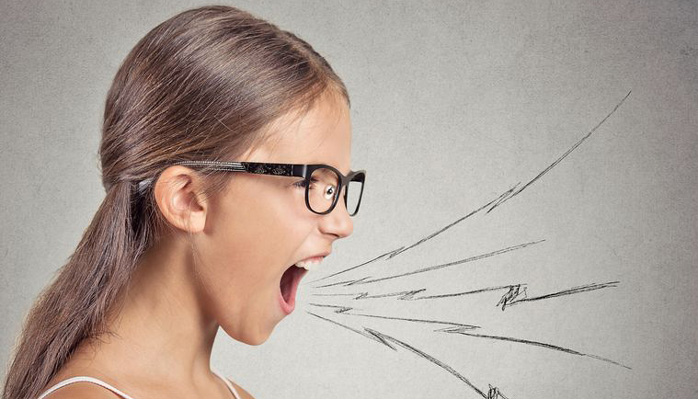 You know “the argument”.

The one where you suggest something to do that you know your child will love and they go – for lack of a better word – berserko? They announce that they will never – not EVER (just in case you were uncertain) – do this thing that you were sure that they’d love and be so excited about that they would proclaim you to be the world’s best parent ever – EVER. Instead, they announce that you are crazy. Then, they shout. Then scream louder. And, because they have the floor, the stage and the entire theater, they storm off in a an award-winning fit of righteous rage that practically brings the house down. So to speak.

Your stomach flip flops. You are supposed to feel fine – you are, after all, right about this because you are, after all, the parent. But you also feel a nagging desire to grab that parenting rule book, call a friend, and poll the audience – are you really right? Is it important to be so right? Is there (more of) a compromise to be made in here? Are you being just as stubborn as your stubborn kid? How could you have missed the mark by that much?

I was there just the other day.

Background (just for example’s sake): I found an amazing class for my high school daughter offered by a college professor and another teacher who is recognized in the particular field that my daughter thinks she wants to create her career in.

I know she will be excited. I will be the new heroine in her life. And she will love me – even more – forever. And EVER.

Wrong. (On the excited part, at the very least.)

I miscalculated one key piece: she is her mother’s daughter. And that means that doing new things is scary at first. And being her mother’s daughter, she must try for every excuse to dodge anything new no matter how great it might be. Then, as her final tactic, she will resort to an emotional state just one level down from hysteria. Because she is a teen, and because she can.

Being the mother, I must listen to all her excuses. Talk with her about her very valid (or mostly valid) underlying fears. I get to (jokingly?) apologize for her taking after me. And, then, because she really has no logical reason to bow out of this amazing offer, I get to make her go anyway.

Frankly, it sucks. Pulling the parent card is never – EVER – easy.

But, here’s what I’ve learned along the way. My daughters (both of them) depend upon me to:

What it comes down to? I have to be the mother.

So, it was a caught-me-offguard argument. In the end, I didn’t poll the audience. (But, I did check in with my mom and I did call a friend. Hell, I’m human.)

I know that because she is the teen, she needs to rebel against my ideas and she needs to push back against authority with her own logic. These are important rites of passage.

And because I am the mother of a teen, I need to allow her indignation and not be (too) wounded in the process. It’s vitally important that I give her room to process and not let my own fear of conflict or of losing her to silent anger (see last week’s blog) get in the way.

Recognizing that we are both operating in “desperate mode” is critical. I can cut us both some slack.

Update: She’s up to her 3rd of 10 classes, surviving and forgetting now to couch her excitement over what she is learning and how cool the professor is, etc.

Moral: Talking. It’s the critical ingredient in parenting. As is listening. It’s never – EVER – too late to sit down face-to-face and be present for your children and their unexpected outbursts.

The unexpected gains in your relationship will forever – and EVER – be positive.