How to Get Admitted & Rejected In One College Email 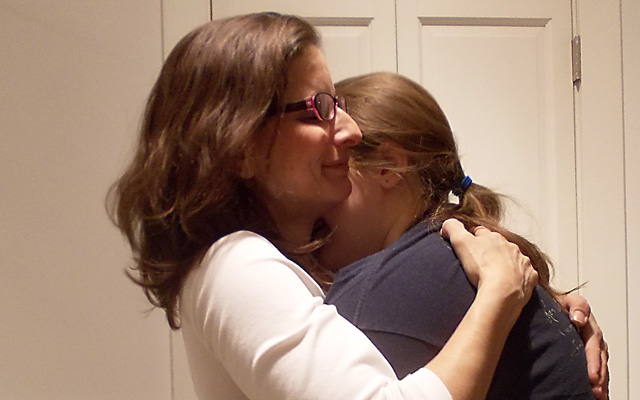 Adults know deadlines all too well. The good ones. The bad ones.

They loom. They sit on a distant horizon. And suddenly, they slap you in the face with their message notifying you: DUE TODAY (holy cow!), DUE YESTERDAY (oh SH*!*), DUE TOMORROW (phew! still time ... ).

At the start of her senior year, my daughter applied early action (not to be confused with early decision, rolling action, regular admission...) to her favorite college – the one that had THE program that she wanted/needed/dreamed of. The decision deadline was far enough away that she could (almost) think about other things.

She had no clue how often I had worried that I might say something that would jinx her. (I just need to point out here that as a rule, I gave up jinxes in grade school when my best friend and I said the same exact thing at the same exact time and then yelled out “JINX!” and someone had to stop talking. Apparently, I'm making up for those years of silence.)

But in these last days, I have been fixated on jinxes and superstitions – anything that might influence the outcome of something I had no influence on. I have stopped just short of Googling “How to prevent jinxing my daughter’s college admission acceptance” – I had to maintain some semblance of sanity. And besides, what if I forgot to delete my search history before someone borrowed by laptop to hop on the internet?

Then the 15th arrived and my daughter’s distant deadline hit the moment of truth. At 2.45 pm, my daughter, like other high school seniors around the globe, logged in to this college’s website, keyed in her ID, and read about what my daughter cautiously called “the rest of her life”.

(Side note here: Before logging in, my daughter completed that thought by recognizing that this college’s “answer” would direct the next steps that led to the next steps that would lead to the … etc. She was right in the overarching sense that this “accepted” / “not accepted” decision would essentially change her life but she recognized aloud that so would many other small and big moments of every day. I swear that she never ceases to make me proud.)

She sat on her bed, fingers typing on her iPad annoyingly faster than I can touch-type on a keyboard.

And there it was … across the top of screen … one word:

CONGRATULATIONS!
She screamed. I sobbed. (Maybe because I hadn’t jinxed her after all? But, I prefer to think it was because I was so incredibly proud of her and so incredibly relieved for her.)

And then, it got better: Honors Program … ½ tuition fees covered.

And then, it got worse.

Financial Aid, in their infinite wisdom, determined that our annual contribution would be more than half of my income despite any logic and despite our extenuating circumstances. We sat stunned. We reread the page. We backed up and reread all of the other pages.

She called the college to clarify the scholarship.

And then, the final answer from their office: “Sometimes students must make the difficult decision to go elsewhere.”

I wondered… why did they accept her then? Despite my revelations in the 244-question CSS Financial Aid PROFILE regarding the most intimate details of my personal and financial life, did they believe that I was hiding a lucrative business, a wealthy aunt, or a buried treasure?  Where in the world did they expect my financial contribution to come from when I can’t qualify for a loan from any program or bank and have nothing to sell to a pawn shop or realtor? Why was I led to believe that we could work with the school and their Financial Aid Office; that they would help my daughter who is so well-regarded on the Admissions side but apparently less well-regarded on the Financial Aid side?

My daughter cried. Because … well, why wouldn't she?

Now there will be more deadlines that she had hoped to sidestep. More moments of bated breath as she applies to more colleges. More fees piled on top of more fees. (Most colleges have an application fee. Additional costs involve sending each school the required ACT or SAT scores.)

She will hopefully be accepted into another school(s) with the program she wants but with a financial aid policy that can accommodate our current situation – a school that is actually serious about wanting her to be a member of its college community.

That school will define her life. So she thinks.

But this is the truth I know: She will be the one to define her life. The college she ends up attending might make minor modifications to who she is over her brief 4-year experience, but the overall meaning and direction of her life is hers alone.

She is Smart. Amazing. Creative. Strong. Caring. Positive. Real. And she gets life. She’s lived a lot of it long before she should have.

We’re not done with the tears; that’s going to take some time. As will the anger over possibilities and promises of possibilities.

She will emerge on the other side this. No doubt. But clearly, some of the harder lessons of college have already begun and these costs involve more than "just" money.
​